Charging Cellphones in Bed is Dangerous

A beginner’s guide to the legendary Tim Tam biscuit, now available in America

India is bringing free Wi-Fi to more than 1,000 villages this year

People are handing out badges at Tube stations to tackle loneliness

Magical fish basically has the power to conjure its own Patronus

Charging Cellphones in Bed is Dangerous

by Administrator
in Tech
0

It’s a habit many of us have: checking our cellphones in bed, and charging them while we’re sleeping.

These photos posted to Twitter by the NYPD’s 33rd Precinct in Washington Heights show the aftermath of a cellphone overheating and catching fire.

The phone was apparently under someone’s pillow while they were asleep.

It is unclear where and when the incident happened.

“Don’t put your cellphone under a pillow when sleeping or when charging your device,” the NYPD warned in the tweet with the photos. 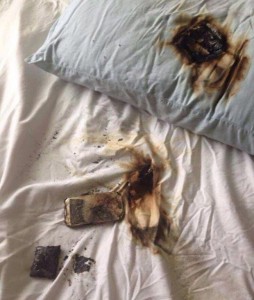 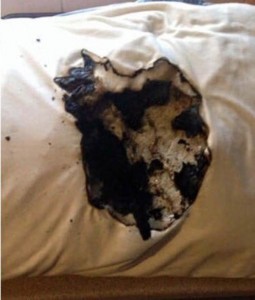 What Was Inside the Mezuzah Case?

What Was Inside the Mezuzah Case?