A beginner’s guide to the legendary Tim Tam biscuit, now available in America

India is bringing free Wi-Fi to more than 1,000 villages this year

People are handing out badges at Tube stations to tackle loneliness

Magical fish basically has the power to conjure its own Patronus

by Administrator
in World
0

At least four people were murdered – three Israelis and one Iranian national – and 36 wounded in the suicide bombing on Shabbos morning on Istanbul’s famous Istiklal Street, a popular tourist destination visited by many people on weekends. Among the wounded Israelis were members of two different tour groups, which apparently met on Istiklal Street just before the attack.

The three Israelis murdered in the attack were named as Avraham Goldman, 69, from Herzliya; Yonatan Suher, 40, from Tel Aviv; and Simcha Damri, 60, from Dimona. Damri’s husband, Avi, was moderately wounded in the attack. The two were on a culinary tour. Suher was on vacation to celebrate his 40th birthday.

An IDF plane arrived in Istanbul with forces from the Home Front Command and the Air Force, as well as a mobile operations room and intensive care unit, to return the bodies of the killed Israelis and five wounded Israelis – four in serious condition and one in moderate condition – who are still in Istanbul. The wounded were transferred to the airport in Turkish Red Crescent ambulances, accompanied by doctors and paramedics from MDA.

Three Israelis are still missing following the attack, and Israel’s Foreign Ministry is working to make contact with them, YNet news reported.

The first MDA plane landed at 1:30am carrying three of the wounded, while a second plane landed shortly after 6am with two additional wounded whose condition was light-to-moderate. They were taken to the Ichilov Hospital at the Sourasky Medical Center in Tel Aviv and the Sheba Medical Center in Tel HaShomer. Two of the returned wounded are guides from the Israeli tour groups that were hit in the attack.

A representative of the Israel Foreign Ministry was also on the IDF flight, while Israeli diplomats in Istanbul and Ankara are handling all matters related to the IDF delegation’s arrival.

Shai Cohen, Israel’s Consul General in Turkey, said the country was “on high alert. We don’t know of any concrete alerts, and I’m unable to go into detail on what information we have, but the country’s level of alert increases every day with each terror attack.”

So far, no terror organization has claimed responsibility for the attack but reports in Turkey point to Savas Yildiz as the alleged bomber, who is reportedly linked to the Islamic State. Yildiz’s father was arrested by Turkish authorities on Saturday evening and a blood sample had reportedly been taken for the father in order to compare his DNA to a body found at the scene of the bombing.

Turkish officials said the suicide bomber planned to detonate in another crowded spot, but became anxious upon seeing police and triggered the bomb. 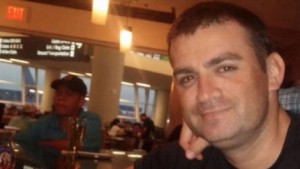 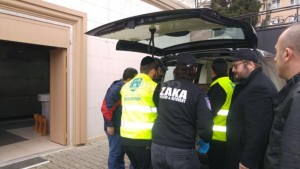